Registration for this year’s winter flag football league will open on this page at 7am on August 30th. Click on the REGISTER A PLAYER square near the bottom of the page!

The cost to play is $335 which covers everything and is due when registering.

Team assignments are random by school / area. NO Special requests are allowed.

Teams are distributed to ensure even numbers on each team (10-12 players/team).

Kids are placed in divisions based on their age as of December 31, 2021.

All teams will get two (2) hours to practice on the turf to install plays for offence and defence as well as access to the side turf 30mins before their game for practice/warm up time. Practice times will be scheduled for teams for November 20th & 27th.

I do understand that I will abide by the above Code of Conduct, if I do not live up to the Parents’ Code of Conduct, I will be subject to disciplinary action that could include, but is not limited to the following: verbal warning by official, coach, or Field Manager; ejection from the field; parental game suspension, game forfeit; or season suspension with no refund of fees.

Register a Player
Register as a Coach 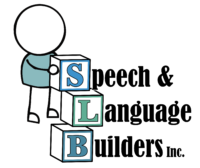