Coaches Make a World of Difference

Do you love football? Do you want to pass on your love for the sport to the next generation? If the answer is yes, then coaching might be the perfect fit for you! Coaching in the Regina Youth Flag Football League is exciting, fulfilling, and gives you an opportunity to teach skills to a new generation of players.  Whether you’ve played at a high level or never at all, we believe that anyone can be a successful coach if they are dedicated and passionate about becoming a good coach!! Our leagues would not be the same without the amazing volunteers that choose to coach year after year. We can’t thank you enough! You’ll find an assortment of playbooks, drills, rules, and tips below to help you be the best coach you can be!

We value our coaches above all else, because they are the ones that decide what kind of experience the athletes will have playing the game. For us, we determine our success by how many of our players return the next season. The more players we have return shows us they had a great time the previous year and it’s because of YOU, our coaches, who make that experience happen. 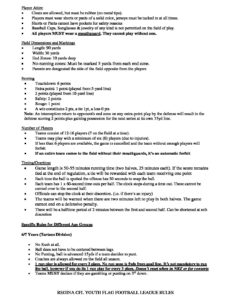 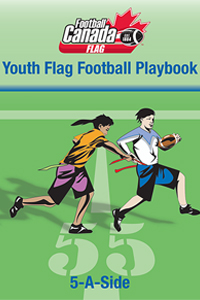 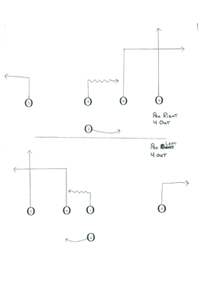 Bull in the Ring Drill 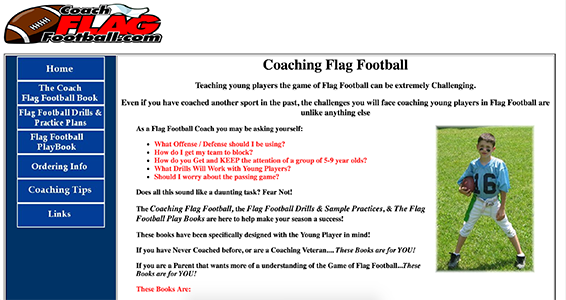 What Parents Expect of Coaches

How to Coach Flag Football

Flag football is a simple sport, so coaches – keep it simple. Below are ten simple but effective ways to ensure your team’s success during the upcoming flag football season:

Flag Pulling: If you can’t pull a flag you’re dead in the water. Before every practice & game set aside 20 minutes for flag pulling drills. The drill goes as follows…
a. Form a single line.
b. The player (lets call him Player A) in the front of the line puts his left hand behind his back, rendering it useless.
c. One by one, instruct the remaining players to jog past Player A’s right side with their hands risen.
d. Player A must focus on pulling each player’s flag as they jog by.
e. Upon the final flag being drawn from the right side, have Player A turn around, switch hands, and pull the flags off the remaining players as they jog by his left side. This drill, albeit somewhat basic, greatly increases hand-eye coordination and overall flag pulling ability because of its repetitive nature.

Shotgun Formation: As a general rule, always have the QB step back a minimum of 5 yards (IMPORTANT: Never under center). Practice snaps at this length during practices and before games. This gives your QB ample time to read the defense and use better judgment when making throws. It may take a few weeks to master the longer snap, but roughly by week five you’ll have a much improved and dangerous team.

ZONE Defense: Take your man-to-man defensive scheme and throw it in the trash. Zone defense is effective not only because it spreads the field, but it also gives your defense four options to choose from on any given down…
a. Cover 1. (One safety deep, remaining defenders stay close to the ball. Used mainly on first down and short yardage situations when you think the offense is running a quick pass or running the ball).
b. Cover 2. (Two safeties deep. A solid defense to call when the offense needs 10-15 yards for a first down).
c. Cover 3. (Three safeties deep. Used when you believe the offense is throwing long).
d. Cover 4. (Four safeties across the goal line. Used mainly in fourth and long or “Hail Mary” situations).

Never Show Your Coverage: Constantly changing your defensive coverage schemes can confuse the opposing quarterback and keep him guessing. Disguise your coverage before the snap by having all defenders form a single even line with your rusher (who is seven yards from the ball). At the snap of the ball, the players move to the chosen formation.

7 Yard Cushion: The most successful teams understand that the name of the game is flag pulling. Your quickness as a defender means nothing if you play too tight and get beat on a pump-and-go. Play it safe and line up at least seven yards off the ball. Most leagues start at the 5-yard line, and need to get to midfield for a first down. That’s 18 yards. Put the odds in your favor and sacrifice a five yard pass here or there as long as you’re able to pull the flag and not get beat.

The Rusher: The most important part of a zone defense. A zone tends to break down within four seconds, so if the QB has more than four seconds to read a defense, odds are you’ll get burnt. The rusher must charge the QB in a controlled manner, never leave his feet, and never go for a batted ball. His sole purpose is to make the QB read and throw within that four second window, and try not to let him scramble. (TIP: Remember, always go the hips. Also, never rush straight ahead, try to come at the QB from a 45 degree angle and make him scramble toward his weak side.)

Improvements: Don’t expect miracles overnight, there will most likely be at least a couple weeks grace period until most of these skills are utilized to their highest potential. The younger the kids are, the more difficult it will be for them to process information and employ them in game situations. Be patient and stick to the basics.
Keep Plays Simple: There is no need to have difficult plays. Start off with only four plays. Try to add one new play per week.

Love: This isn’t the NFL; the kids need love and attention. Give them love and they will perform. 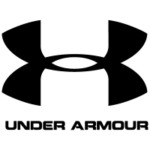 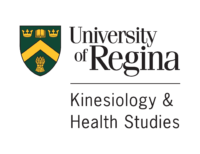